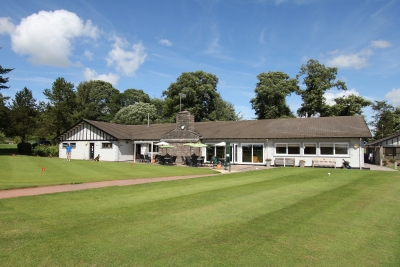 Watkins Holes-in-One, but playing partner Clancy comes through on the rails!

The Huggett Putter was donated by Brian Hugget, an ex Welsh International Golfer and six-time Ryder Cup player, who came to officially open the course at Cradoc in December 1979. The competition is a medal and with a brisk wind it meant that scoring to your handicap resulted in you being in the prizes, this also resulted in the CSS was higher than par again.

A good start was had by Gareth Watkins as he holed his tee shot on the 3rd hole, this helped him to finishing one un...der his handicap, his playing partner had another good round winning his second competition within a week. A fine 3 under par (4 under CSS) and playing to a handicap of 6 for the second Sunday in a row means Dane is in fine form coming into the summer season, so watch out if you have him in any of the knock out competitions. Well played everyone.

There were 4 Titleist Velocity for 2’s

More in this category: « Sun shines on MWGA at Cradoc Midweek Medal Weds 1st June »
back to top