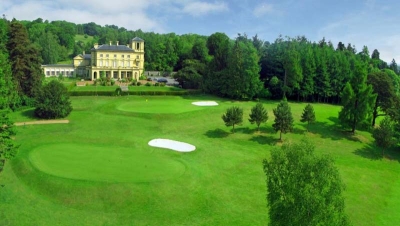 Derek Osborne defied the poor weather to shoot a gross 75 which was a marvellous round considering the strong wind, heavy showers and some tricky pin positions.

The scores for the other places were also good with the top 5 all scoring better than the CSS for the day, this had gone up a shot due to the conditions.

Derek, Sam Lloyd and Guptaman Gurung all played early morning and they got the better of the weather with only intermittent showers, whereas John Drain and John Jones went out later in the day and had to battle the worst of the rain and the stronger winds.

Well played everyone and don't forget it's Mens Club Championship this Sunday, the board is in the foyer if you haven't already put your name down.

More in this category: « Ladies' Championship 2016 Ladies Stableford 10th July »
back to top