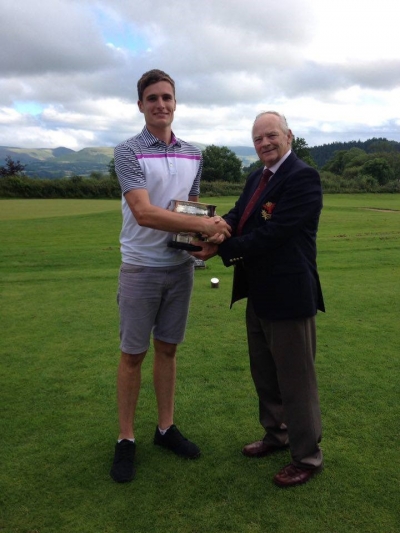 Rob makes it 3 years in a row!

This year's competition reverted back to the 36 holes being played in one day and this meant that you needed good stamina to keep the rounds going late afternoon especially on such a muggy day. ...

Rob Evans made it three championships in a row with a total of 148, and can now look forward to the Tournament of Champions in September.

After a steady morning round of 73 Rob took a 6 shot lead into the afternoon and cruised to victory with a second round 75 with John Bevan coming second with a brace of 79’s and Ben Kelleher following up a couple of shots further back in third.

In the 18 hole nett competition, Nick Powell returned the best score of 71 nett, from Brian Nelson with 72, and Allan Smith with a 73.

Well played everyone, don’t forget the Captains outing on the 29th July put your names down on the list in the foyer if you haven’t already done so

More in this category: « Wayfarer's Team success Ladies' Stableford Result »
back to top