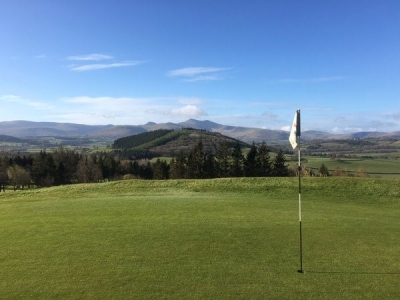 The rearranged date for the Midsummer Madness saw 20 players compete for the Gill Balham Trophy.

The competition is mixed foursomes and is played over 12 holes with refreshments after the round in the cabin on the 12th tee.

The scoring was very good with the winners being 6 shots better than their handicaps and 2 points clear of second with 3rd place only 1 shot further back, Alison Matthews also won the nearest the pin on the 12th hole.