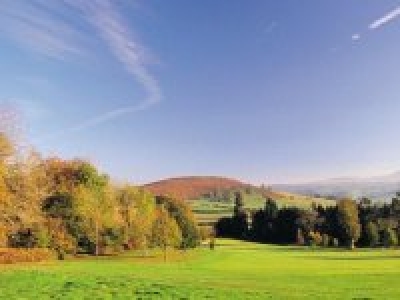 Colin Jones pulls the rug on the field with an excellent late score of 41 points!

This was very much 'a late show' as the last man in claimed the top spot. Colin’s card was the last to be returned and he pipped other late starters to top the rostrum.

It seemed the afternoon starters had the better of the weather having only to contend with a strong wind, the morning players had to dodge some heavy showers at times.

With players at other events in the county the field was reduced but it was a surprise that the score to be leading for most of the day was John Morris’s, with 35 points but within the last couple of groups came 3 cards that leapfrogged him and left him lying in 4th position.

The Club will be hosting a GUW Tournament next Sunday (2nd) so the next Competition is the Winners Championship on the 9th October.

If you're not fortunate enough to be playing in that, then the first Winter League is on Sunday the 16th October.

More in this category: « Janice and Ryan top the MWCGA Open at Cradoc! Latest Seniors' News »
back to top