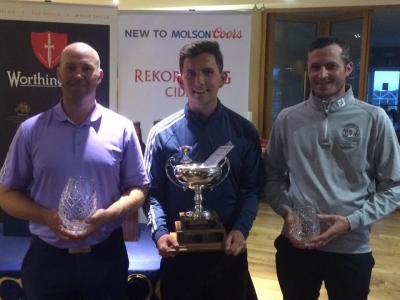 Saturdays competition was for all the Club Champions of Wales and the field was as strong as ever, not only were there Club Champions but there was also Welsh Internationals in the field. The day got off to a slow start with fog delaying the start for nearly 2 hours but once it lifted the golf got underway at a pace and with a bright blue sky and very little wind the only defence the course had was some tricky pin positions. The winner got off to a great start with an opening 68 and he kept his cool for the second round shooting level par, the following pack weren’t able to catch him although a lot of them scored better on the second eighteen.

Download attachments:
More in this category: « Seniors triumph in fixture with Cradoc Ladies Mens 4BBB Open »
back to top