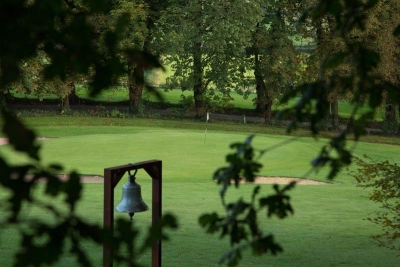 It was a perfect day for scoring, the course is in great condition with running fairways and greens that would accept a good shot, the sun was shining with just a gentle breeze so it was no surprise to see low scores. Three players tied for the top spot and then four others tied a shot further back, so it came down to the back nine to sort out all the scores. Alex took the win with a fine back nine, which was only two over par gross, Derek came in second with a better count-back than Rob with Ganesh coming in forth with the best of the two under scores. There is still time to enter the Men's Championship this Sunday, there is an 18 hole competition for those not wanting to do the 36 holes, ring the Pro Shop for start times.

More in this category: « Men's Open 2019 Ladies' Championship »
back to top