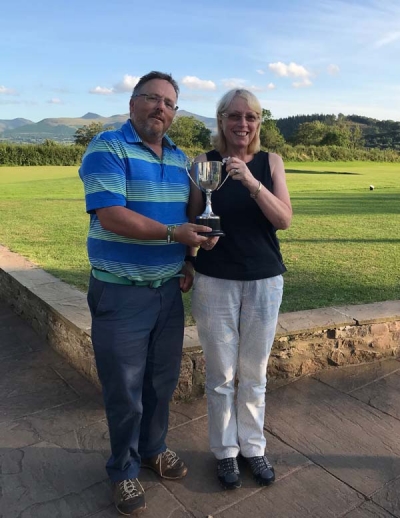 Sixty five pairs played in the Cradoc Mixed Open last Sunday, with the usual very healthy support from the group from Langland Bay GC. The heavy rain that had plagued other parts of the UK managed to avoid the course and everyone played in glorious sunshine. The course was in excellent condition, thanks to the hard work of the HGK and his team (despite being one man down). The catering and bar staff made everyone feel welcome and with Justine Blunsdon there selling her golfing gear, the atmosphere in the clubhouse all day was very upbeat.

Scoring was tight for the top places, as can be seen on the results’ sheet - which can be found alongside this report. Of note to Cradoc members is that Ronnie Cresswell and John Drain won the best gross for the second year running and improved their score by three shots this year! The Davidson trophy for the best nett score from a Cradoc pair was won by Cheryl Watson and Martin like, who also came second in the nett prizes. 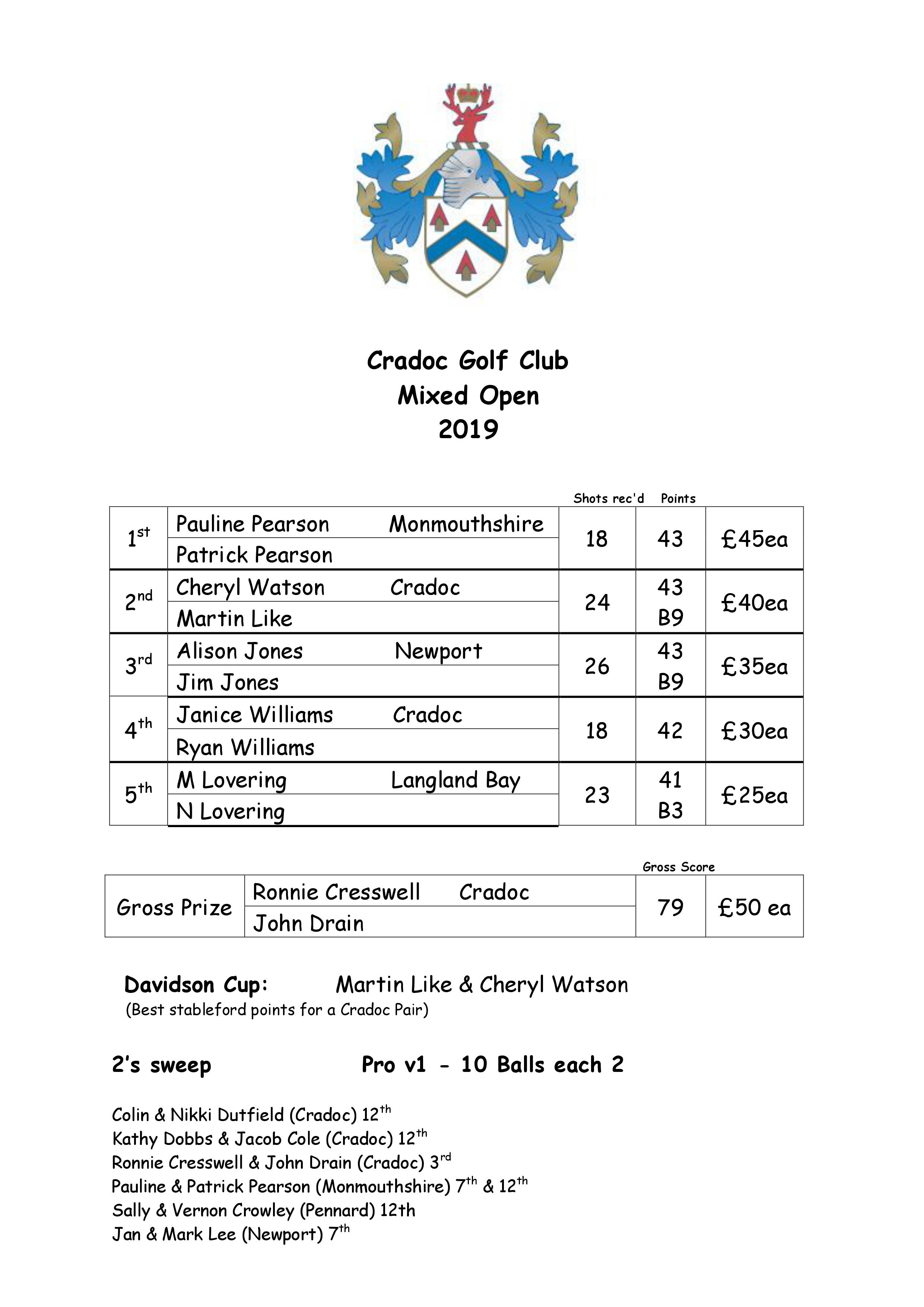 Download attachments:
More in this category: « Beacons Cup Junior Nights at Cradoc Through August »
back to top