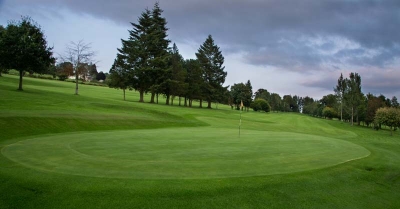 It was always going to be a tough medal competition with the tees and pins in the same position as the previous days Tournament of Champions competition and although they had the same weather conditions it was no surprise that the scores were closer to par. Saliendra and Jeff both came in with a good rounds of 68 but it was Saliendra's better back nine which meant he took the top spot with Rob and Jon both coming in a shot back with a pair of 69's.

More in this category: « Tournament of Champions Men's Stableford »
back to top